Some of my favourite photos are not from far afield but from the beautiful isle of wight. I moved here in 2001 but had previously visited when i was younger with my family in about 1984 and with my school in 1990. Had someone would have told me then that i would be living here i would have laughed but 12 years on i have never been happier. The island whilst admittedly is very boring for the youngsters who live here and can’t wait to leave, us who have moved from the mainland find it a haven. From growing up in East London and Essex this is a totally different world. When i moved over it took me about six months to get used to people talking to you and asking how you were!!

My memories of holidaying in 1984 are quite vague really, i think we stayed in ventnor. I remember mum couldn’t drive up the big hill from the beachfront to the bed and breakfast. I do remember visiting the zoo in sandown, carisbrooke castle and playing on the beach but not much else!!

Me and Garry enjoying the view (?)

This is one of only a couple of photos i have from this trip. Strangely enough carisbrooke castle still looks the same unlike me or Garry. I do have fond memories of this holiday as i think it was one of our first and i seem to recall enjoying it.

When we went with the school in 1990 it was all a bit rushed, we didnt find out we were going until a few days before. We stayed in Little Canada holiday camp in Wootton Bridge, Ryde. I remember we were in the last chalet which was opposite where the ferries came in and we always heard them coming in first thing in the mornings.  We did the usual school trip things again, carisbrooke castle, osbourne house, alum bay and again had a great time (sorry no photos)

It wasnt until i met Deb in 2001 that i ever considered going back to the island though. Things happened so fast between us that we really didn’t have time to pre think things it just came together so naturally that it just happened.  I have never regretted moving here, everytime we go out something about the island takes my breath away. Parts of it are so beautiful which is why i take thousands of photos. I’ve got a few photos to show i hope i can do the island justice.

The iconic lighthouse and needles

Me doing my best king kong 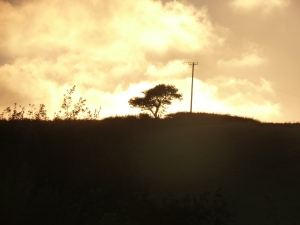 St Catherine’s Oratory or the pepperpot as its known locally 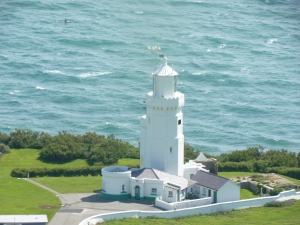 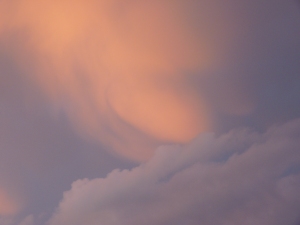 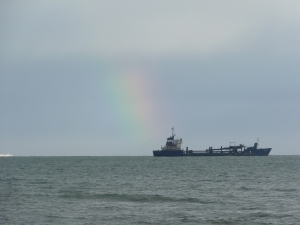 me and charlie doodle

Unfortunately i have no recent photos of carisbrooke castle or osbourne house (i can feel a field trip coming on). Well thats my beautiful isle of wight. It may be boring to some, it might be olddy worldy to some but to me it’s magic

7 thoughts on “the beautiful isle of wight”